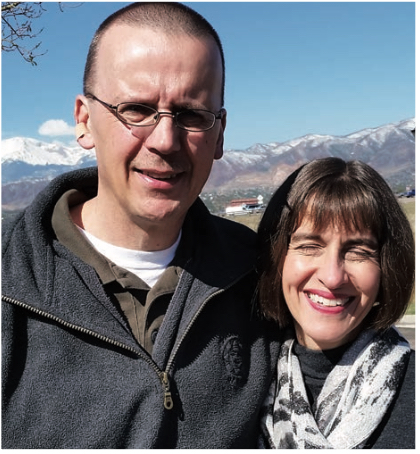 As the fifth of six children being raised by a single mother, home life was a struggle for Dan. Even though his mom was doing her best, he rarely got the attention he so badly wanted and needed. His high school had a 75% drop out rate along with the highest teen pregnancy rate in the city. And a leading newspaper at the time cited a study that claimed Humboldt Park was the most violent neighborhood in America. If that weren’t enough, Dan’s one positive adult male role model at the time, his Uncle Casey, committed suicide.

With so much stacked against him, Dan’s future was looking pretty bleak. If it hadn’t been for a man named Dave Garrett, who turned up in his school lunch room one day, Dan is certain he wouldn’t be where he is today.

Dave turned out to be a Christian working for ICI. He took Dan under his wing, counseling him and sharing with him the transformative power of the gospel. It was a pivotal moment in Dan’s life. From that point on, the two of them spent a great deal of time together and built a strong relationship, and Dan finally had the positive role model he’d so desperately needed. It wasn’t long before he became aware of the emptiness in his life and, realizing his need for forgiveness, prayed to receive Jesus as his lord and savior.

Over time, Dave’s enthusiasm for the bible rubbed off on the young man. As Dan’s thirst for knowledge grew, he made a decision to attend the Ravencrest Bible School, after which he returned to Chicago, taking a position with ICI as a School Discipler. He then went on to complete his college education, finally achieving a Master’s of Arts degree in Biblical Counseling. While still a student, Dan worked with Ulrich Children’s home, a child welfare agency, where he loved being able to share the gospel message with the kids, giving them the same hope he had searched for in his own childhood.

Since graduation, Dan has pursued a career as a counselor, working with the mentally ill, suicidal, substance addicted, and soldiers who’ve returned from active duty with PTSD. Thanks to Dave and ICI coming into his life at just the right moment, the course of Dan’s life took a dramatic detour. Today, Dan is passionate about ministry and he loves being a part of the work God is doing to transform lives.