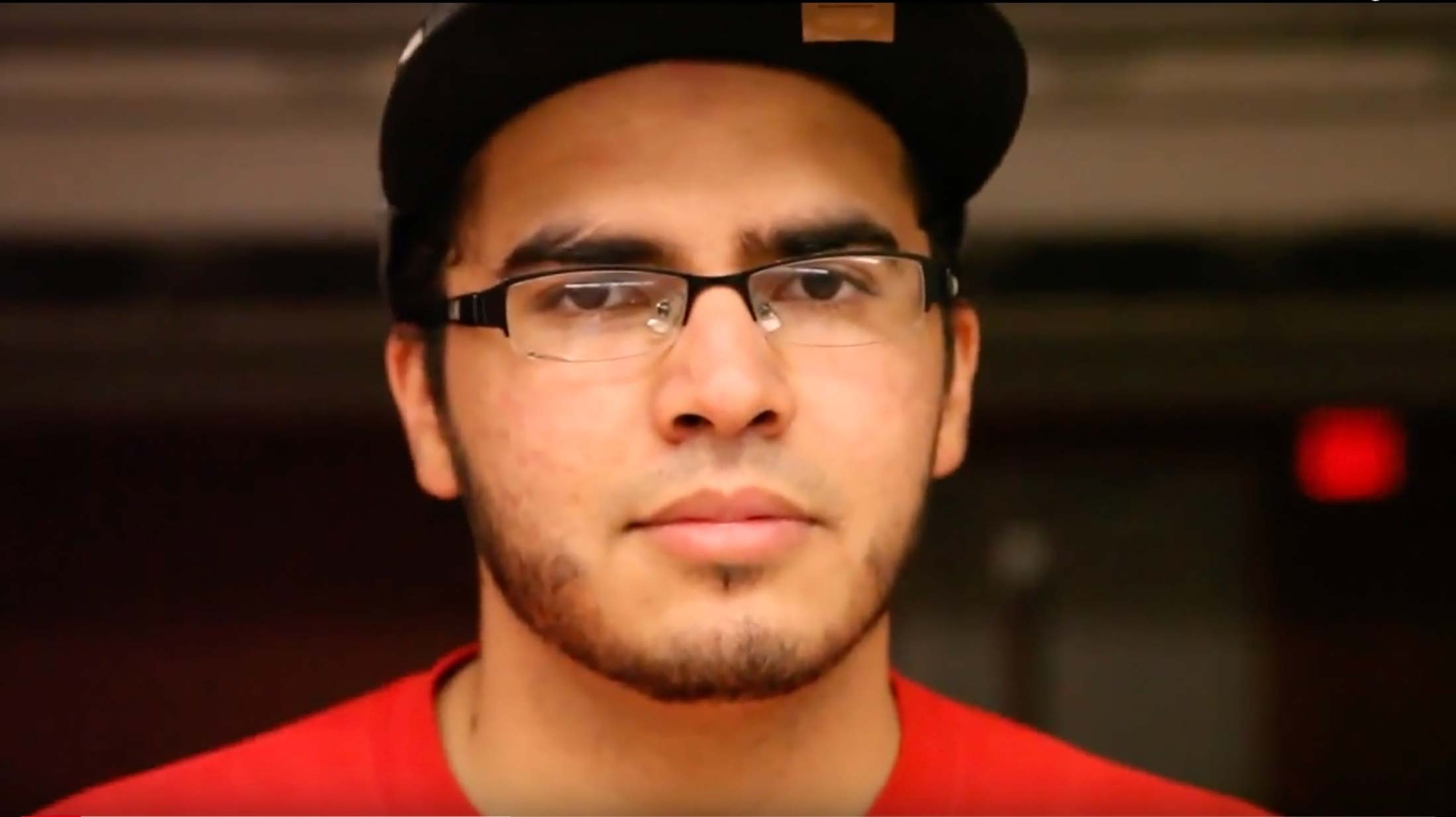 Deeply hurt by his father’s abandonment, Ricky remembers feeling lost and bewildered, wanting to reach out but having no-one to turn to: “As I grew older I became angry, insecure, timid even. I didn’t have confidence in myself and saw myself as taking up space. I vividly remember thinking about killing myself as early as 5th grade.”

Trying hard to shield him from the streets and to keep him from making the same mistakes as his father, Ricky’s mother kept him inside most of the time. Her intentions were good, but the result was that Ricky felt disconnected and resentful. He knew that his mom was right and that it wasn’t safe, but he longed to be a normal kid, playing with his friends outside.

Luckily for Ricky, a friend invited him to an ICI program. It took a while before his mom could be convinced to let him go, but go he did and it was a revelation: “ I remember coming to ICI for the first time. Being able to play basketball, although not well if I might add, was liberating. I had never been able to play outside much because of the neighborhood I grew up in. So playing basketball in an open gym was very freeing.”

And it was then that Ricky was first introduced to the person of Jesus:

“A whistle blew and we went in to hear a story from the bible. I still remember hearing about Jesus and how he was the ultimate superhero. How he came to save everyone. Here I was, knowing men to be mean, bullies, and people who couldn’t be trusted. But as I’m sitting there I hear the story of a man who could be trusted. Not only that but he was willing to give his life to save everyone. His sacrifice broke me and my walls came down.”

From that point on, Ricky continued to attend the program and build healthy relationships with positive male role-models. Ricky remembers vividly how his life was changed by the staff members and volunteers who gave so much of their time and love to him when he needed it most. As he grew in his faith and matured, Ricky was challenged by his mentors to take more responsibility for his life and to be a man: “Not a man of the world, not a man like my father, but a man of God.”

Today, Ricky is all grown up—married, and soon to graduate with a BA from Moody Bible Institute—but he remembers very well the struggling little boy that he was when he first attended the ICI program: “The man you see today is who he is because he walked through the doors of ICI where people mentored him and taught him how to be a man following after Christ. Through Christ, he found his value, had his anger appeased and his confidence strengthened.”

Today Ricky works with ICI, investing his time and energy in reaching out to other boys and young men with a similar story to his own. He says it’s his greatest privilege to be able to introduce them to Christ, to teach them what it means to be a follower, and to help them mature into the men God created them to be. He is excited about the impact he’s able to have on the next generation and all the generations to follow.